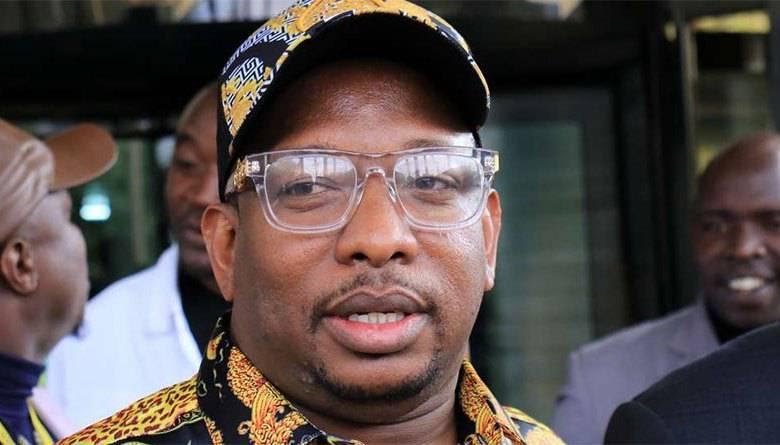 The registrar of persons in observation of the Births and Deaths Registration Act is mandated to keep one’s records from their birth stretching to when they die.
When one gets birthed, a certificate of birth by relevant authorities is issued upon notification to ascertain their being in the country right from birth.
Should it be a death, a certificate of death as well is issued for the government to keep track and update the goner’s particulars in the state directory.
A particular deed has gone viral on social media showing one Gideon Mbuvi Kioko died on May 25, 2005. Coincidentally, the name borne in the deed belongs to the current governor of Nairobi County, Mike Mbuvi Sonko who also has records showing he ever escaped from the Shimo la Tewa prison back in the 90s before the 2005 “death”. 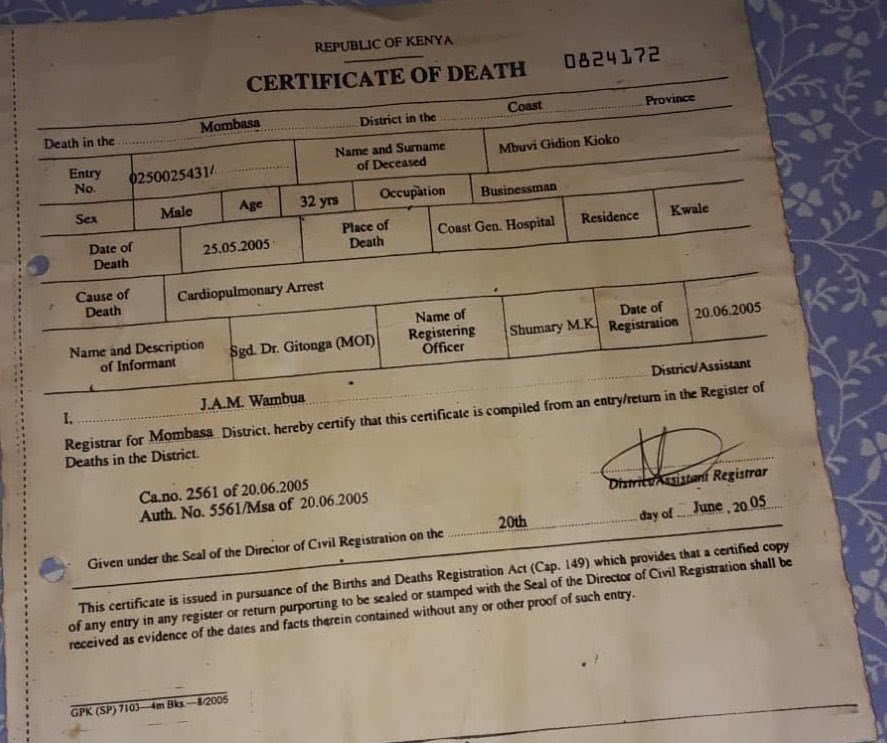 Kenyans on social media have reacted to the document making all manner of jests around it, ‘many’ getting to believe the tales around life after death. A section has however dismissed it saying it necessarily doesn’t have to be the governor, given it’s not uncommon to have people absolutely sharing names even without coming from the same ethnic or ancestral extraction.
DOWNLOAD APP YA UDAKU SPECIAL HAPA KUPATA HIZI HABARI KWENYE SIMU YAKO HATA BILA BUNDLE
Notably, the said ‘death’ happened in Mombasa, the same place Governor Sonko grew up in.
The document was first shared by Blogger Xtian Dela who also happens to be this site’s chief editor.
The governor is yet to give his reaction to the deed that has since gone viral.